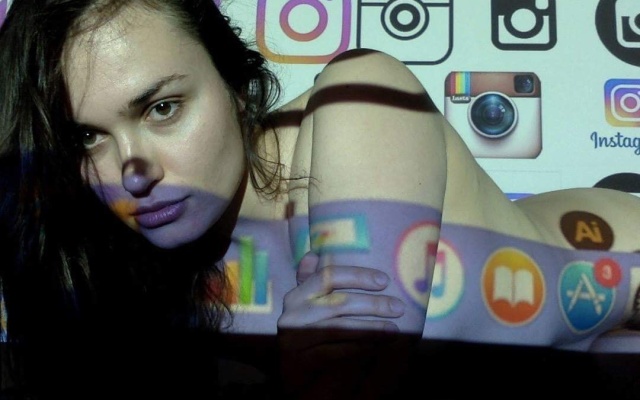 At the end of July 2016, I set up an Instagram account. I decided to use Instagram, as it was accessible and free, and at that point what mattered to me was to be able to publish my work, musings or photographs as quickly as possible. A service that was originally created as a platform for the daily sharing of photos and comments enabled me to combine practices derived from performance with borderline literary activity. 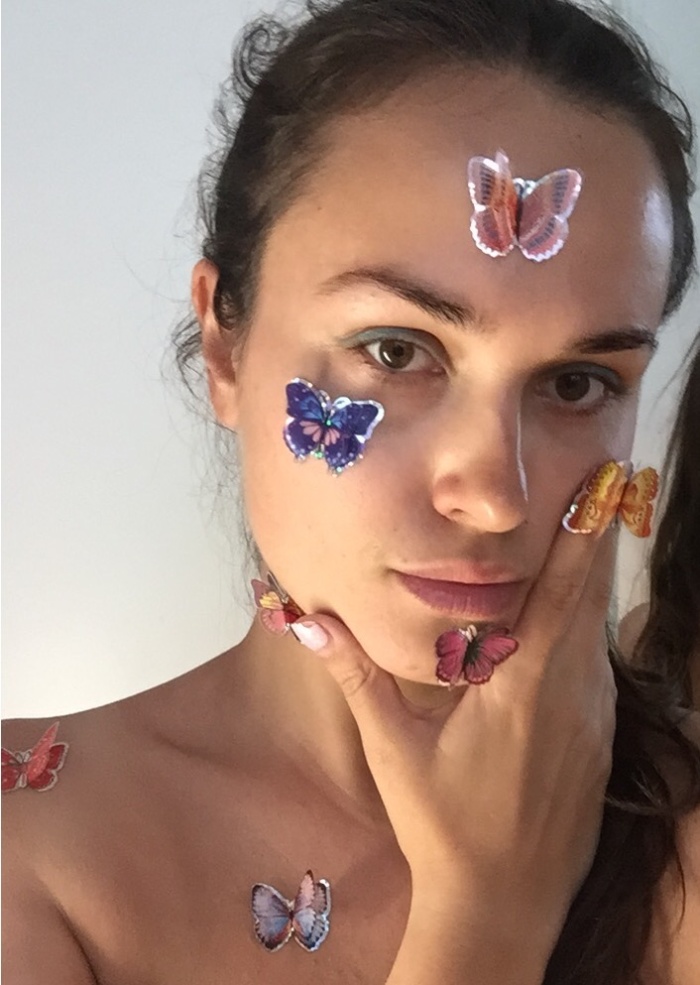 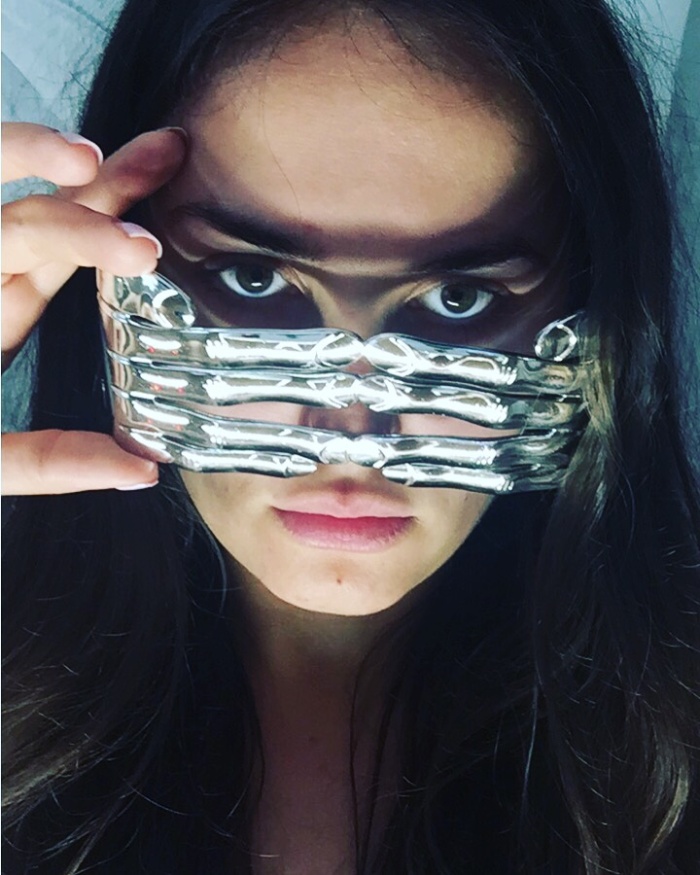 My goal was to introduce, into Polish forums, a discussion of the phenomenon of selfie-feminism and the theory behind it which had provided me with the tools to describe the process whereby young women use new media as instruments in their fight over their subjectivity, taking snapshots of themselves, which they publish online, accompanied by them talking about themselves. Thanks to the Internet, they are made visible on their own terms; they take control over the way in which they are presented in the media and in art, gaining an opportunity to show their own, different perspective. Their visibility becomes their strength. Instagram is a process; it is about the continuous posting of new photographs. Unlike traditional, finite works, the image that is being constructed by such means is never complete. What becomes more important is the process of its rewriting: construction, negation and reconstruction – over and over again.

One of the main strategies of selfie-feminism is self-analysis; a focus on the examination of one’s own situation. This is not merely a celebration of one’s emotionality, because in this intimate experience one comes into contact with the universal. In the introduction to her book The Prime of Life, Simone de Beauvoir explains why she has decided to write and publish her memoirs: “[I]f any individual […] – an exceptional or a run-of-the-mill character reveals himself honestly […] it is impossible for him to shed light on his own life without at some point illuminating the life of others.”1 Talking about oneself is not only an attempt to embark on communication. If a woman talks about herself, at all times she is – to an extent – talking about every woman. The advantage of posting things online is the almost instantaneous response. The women that identified with what I was writing about commented on my posts or sent me private messages. Sometimes they asked to meet up. I achieved what I had hoped for – rather than an audience – a community had come into being.

Practices involved in selfie-feminism equip the women that follow them with strength and proactivity; they have therapeutic powers and offer a sense of belonging to an accepting community. They do not, however, replace many other feminist strategies; at best, they complement them. To my mind, diverse practices are needed in order to address the problems women from different social groups, or of different ethnicities face; these should also include a strategy appropriate for young women “brought up online,” those who surf through social media with ease. 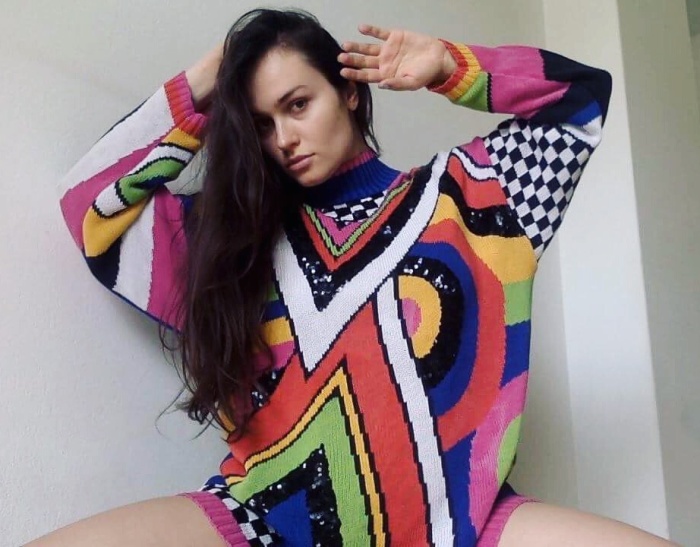 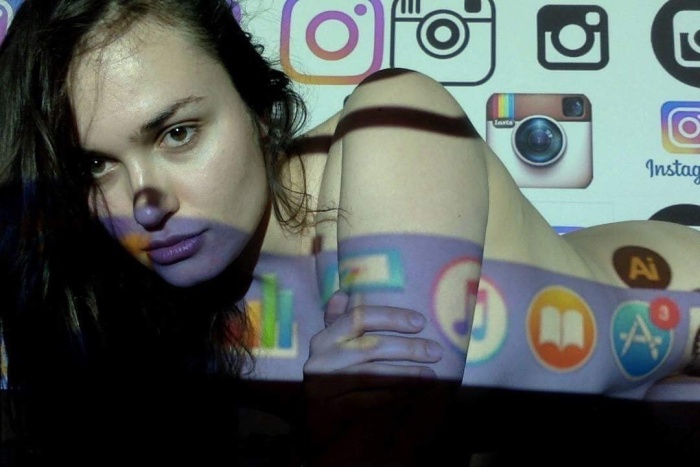 In the Polish context, the Internet and smartphones are still markers of privilege; however, these are media that reach places that TV, the press or literature do not. The women that use them often encounter negative reactions and attempts to curtail their activity. In their campaign, they use the tools at their disposal– the time on their hands, the camera on their mobile phone and an Internet connection – they are in a position not only to help themselves, but also to pave the way for other females.

It is interesting that their innocent, private media activities, seemingly devoid of a political dimension, meet nevertheless with surprising resistance and criticism. Whenever the topic of discussion turns to women’s self-presentation – including selfies posted online – the slant easily shifts to being judgmental to the point of criticism and urging restraint. There is the view that women’s selfies are narcissistic or else too sexy and provocative, their subjects referred to as being up themselves, pretentious, boring or plain stupid, and trying hard to charm men. This value judgement appears intended to serve as a means of control; it also demonstrates that society fears a young, emancipated woman who does what she likes and uses a medium that is not easy to control. She is confronted with the stereotype, deeply rooted in culture, that young, attractive girls are incapable of interesting insights into the world around them, and that everything they do is aimed at attracting men. Audrey Wollen, an artist and theoretician who works with Instagram, talking to me in an interview published in the “Wysokie Obcasy” supplement of “Gazeta Wyborcza” confessed, “I think that it is very easy to hate girls that take snapshots of themselves, and it is easy to demonize the new technology. And it is even easier to detest both at the same time.” There are good grounds to fear the political potential of the new technology. Cyberfeminism, originated by Sadie Plant and Donna Haraway as early as the 1990s, demonstrated the significance of the technology and the scale of its presence in our lives. For women using computers, the body was no longer necessarily a major encumbrance. In cyberfeminist theory, machines, especially of the more advanced kind that can be connected online, have become women’s allies in their fight for female subjectivity. Employing recent technological innovations such as Instagram, young women have taken over a tool used to construct visual culture. They have created themselves as the protagonists of stories that they tell using the medium and have invented a language to tell these stories. Spinning out fantasies, plans and alternative visions as well as raising issues that matter to them, they have created a counterpoint to the mainstream media formats such as TV series or the press.

In my own Instagram activities, I have set out to develop the premises behind my book Love Performance. It was then that it became my goal to introduce the emotional and empathic language of young women into Polish contemporary art. In the prevailing social discourse, masculine, non-emotive language is taken for granted as the tool of choice of intellectual discussion. The compulsory reading matter stipulated in the Polish educational system by the national curriculum syllabus consists mostly of literature written by men about men and about men’s problems, presented for men from a male point of view. These works show maleness as a positive value; it is men’s problems that merit recounting and the male viewpoint in putting them forward is taken seriously. Much art criticism also employs non-emotive, masculine language. 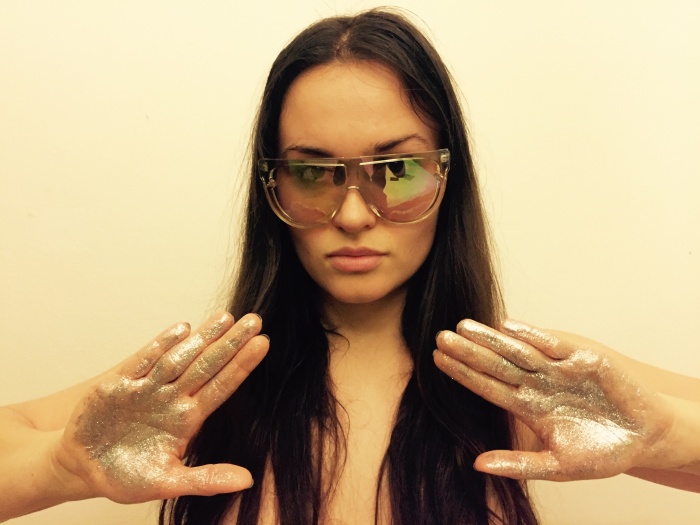 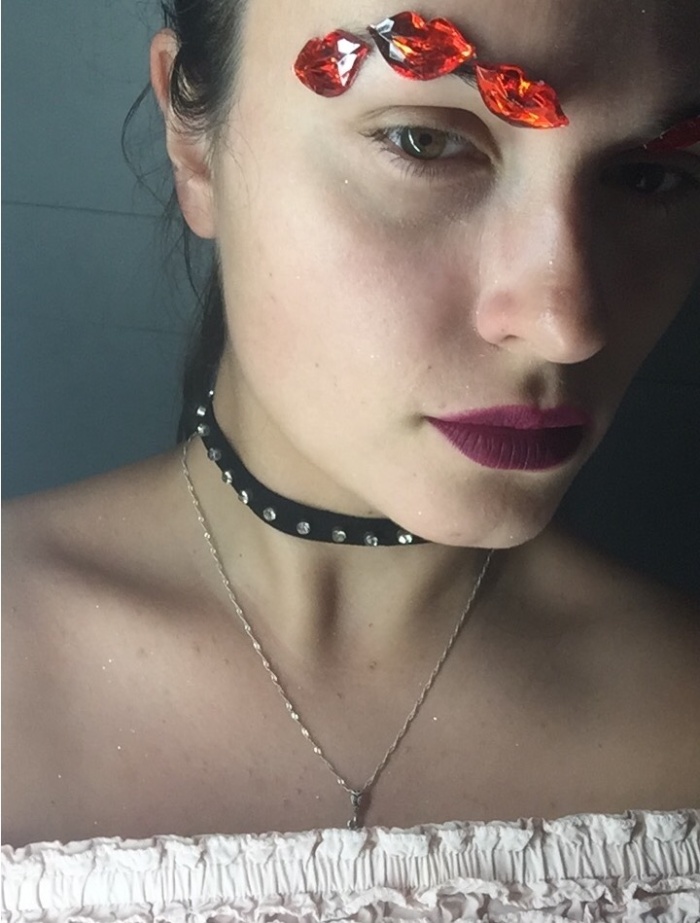 The female voice can be interpreted as hysterical, pretentious or unserious. It is humiliating that even to describe the drawbacks and problems of being a young female subject to patriarchal oppression we must use language that is closely related to that oppression. According to Audrey Wollen, the author of Sad Girl Theory, if there is one thing that all young females on this planet have in common, it is the suffering present in their lives.

I search for language that would make it possible to express pain, both mine and that of other girls. The Internet and Instagram let us bypass the standard, masculinized channels of discussion. Online – without unnecessary intermediaries – girls can chat to each other and about each other. They can afford to be honest and share their strengths, without worrying if someone is taking them seriously. I have been far more interested in this online discussion between girls than in men’s academic discourse on contemporary art. I have aimed to bypass channels such as editorial boards and publishers, instead reaching out directly to other girls – transforming Instagram, an apparently narcissistic and solipsistic tool, into the means for a dialogue.

I have posted a large chunk of my intimate life on Instagram, in order to create a confessional series about myself, as a platform where I drag my personal experiences into the broad daylight. I have used props associated with over-the-top femininity, in its entertaining dimension. It was my intention to demonstrate that femininity is a project that can be constructed deliberately and with detachment.

At that time, I was also analyzing alternative ways of thinking about art exhibition: it does not have to entail placing objects in the gallery space but can involve showing images online or providing links to them or to performative actions and theoretical discussions in captions under photographs. In such an exhibition, artefacts and artistic activity can intermingle with objects and private situations, linked to ordinary, everyday life. I was preoccupied with the place that images of the female body and the forms of girls’ self-presentation have online – territory saturated with pornography and misogyny. Whose irritation can be triggered by the private and intimate? And also: what should a female artist and feminist look like? How should she behave? Can an artist and feminist be sexy? Why are girlish girls treated less seriously than girls that tend to more resemble men in their looks and behavior?

I wanted to show that the instant in which a young woman makes her appearance in a public space, such as the Internet, and embarks on a sincere account of her own story, carries political impact. There are some who think that my pretty clothes and the props that I use show that I am flirting with the patriarchy. At the same time, men have told me that they find my Instagram input disquieting and thought-provoking. A project that involves self-revelations and exposing one’s own intimate side entails considerable personal risk. I have chosen to take that risk. For many people, I have become a virtual robot that has no feelings and that can be attacked with no repercussions. I have read very hurtful comments about me. I have been judged and received vulgar sexual proposals and threats. Often, I have felt quite worried.

Although it had seemed to me that all that I was doing was simply to encourage a broader scope for discussion on how girls can fight for their subjectivity, I have encountered determined opposition that made it seem as if my activities had created a new canon or else were a symptom of the end of civilization. Some of the criticism was related to the term “Instagram artist,” questioning whether it was even possible that a meaningful artistic project could be created using such a medium.

Even though my Instagram input has had a confessional character, I have not written online about everything that has been happening in my life. I have not reported on who I was meeting, where I was, what I was eating, so as to go against the mundane social chitchat characteristic of Instagram posts. I have tried to keep to a more universal profile, with an emphasis on the quality of my writing. I have focused on feelings, including sadness, anguish and loneliness. I have shown intimate moments, in which a lonely girl changes her clothes and poses in front of the mirror, trying to make herself feel better or learn something about herself. This is an experience in which many young women have been able to see themselves.