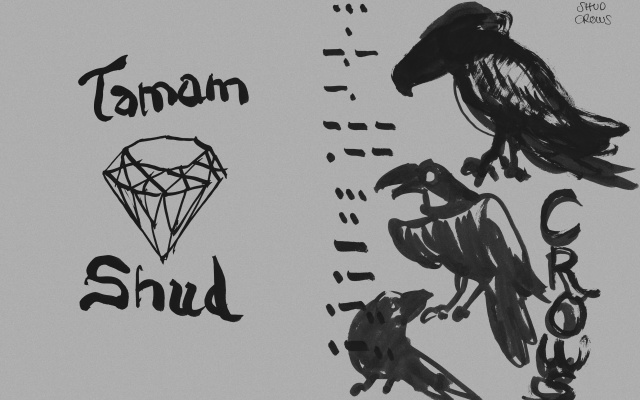 In order to create the Tamam Shud artist's novel, Alex Cecchetti devised a plan featuring five episodic performances and an exhibition to take place in 2016–17. The two-year-long art project was curated and edited by The Book Lovers (David Maroto and Joanna Zielińska), and produced by the Ujazdowski Castle Centre for Contemporary Art, Warsaw. Below we present some excerpts from the artist's novel (co-published by Sternberg Press and Ujazdowski Castle Centre for Contemporary Art, 2018). More info about the project at: http://u-jazdowski.pl/program/perfo/tamam-shud

You have to be ready when you die, says kimono man as he passes the pipe around. I can't remember how long we’ve been here, we’ve been here so long my case might be closed for all I know, even I’ve lost interest. There’s no trace left of the detectives’ puke. Who cleaned it up? I can’t remember.

You have to be ready when you die, and it’s not something that takes months and months of preparation, no, it takes your whole life, the decisions you make on the verge of death have to be made in under a second, says kimono man, the moment you die is like when you go into a bookshop. What bookshop? asks twiggy. Right, what bookshop, the girl asks too. A bookshop, kimono man continues. You go into a bookshop and there are books, hundreds of books from A to Z, hundreds of thousands of millions of books and you'd like to buy them all, but you don’t have time, and not because the bookshop is closing, but because the bookshop is just a metaphor, and you’re dying. You’re dying and you need books. Why? asks ginger, sounding irritated. I’m dying, dammit. Why the fuck should I visit a bookshop? I need a hospital, not a bookshop. Why doesn’t anybody call an ambulance? It’s a metaphor, says twiggy. Because something in those books must contain the essence of life, says kimono man. Maybe this book has the secret to life in it? Maybe that other book has the secret to life in it? Maybe this book has the secret to life in it, you tell yourself, because you think that in those hundred, two hundred, six hundred pages the secret to life must be hidden somewhere. But you don’t have time to read six hundred pages, the man in the kimono suddenly shouts at the ginger cop, because you’re dying, so buy a book of poetry. Haiku! Because that’s the only kind of book you have time for. Kimono man’s voice grows calmer again. And you have to pay for the books, too, so you go to do that, you go with all your books under your arm, and when you get to the counter and give them your credit card, the payment won’t go through. Credit denied, says the machine, credit denied, says the girl with the glasses, because who would give credit to a dying man? When you’re on the point of death, continues kimono man, no one will give you credit. The payment’s declined, your credit’s cut off. What can you do with those books now? kimono man asks the ginger cop. Ginger starts to his feet looking visibly irritated, oh fuck it all, he says, and sinks straight back down into his armchair. I think at this point you have just two choices left, says kimono man, and ginger seems to prick up his ears. Either you tell yourself you don’t need those books, and that life is life for everybody and that if some universal wisdom, some ultimate knowledge can be squeezed out of the experience, then you can do it just as well as Plato, Aristotle or Virgil. Because life is life for everybody, and you, you’ve lived one. And that ultimate, universal wisdom can be squeezed out by anybody, you, a poet, a writer, a philosophy. You don’t need books. True enough says ginger. Weird, you say to the girl with the glasses, that’s really weird my card isn’t working, you say. Maybe your face gets red, the situation’s embarrassing, and you ask if there’s a bank nearby. I’ll take some cash out and be right back, you say. But you know you won’t be back because you’re dying. So, either you leave your books there and go to face death with what you’ve got, or you pay with somebody else’s credit card. And that tells you all you need to know about murder.

In the other person’s death you see your own, kimono man continues, except you don’t have to pay. People kill to see themselves die and survive it. Your numberless man found a third way, he took a piece of the book without paying. And they killed him for that? asks ginger. It’s a metaphor, says twiggy. It’s philosophical bullshit, says ginger. One thing’s true, says underwear girl, nobody will give credit to a dying person. It depends, says ginger, it depends what he’s leaving. You found him in a house, says kimono man, whose house is it and who pays the cleaning lady? Oh don’t bother, twiggy says to ginger, they’ll never believe us even if you tell them.


Evolution of the Species

Everything’s in the name of a dead man, someone who made arrangements to have the house kept in perfect order, like a museum. The ginger cop pulls on the empty pipe again. Got anything to drink? The woman’s worked there for ten years on a dead man’s tab, twiggy adds. She could work there for another hundred, according to the agency. What agency, asks underwear girl. The agency, says ginger. Wait, are you guys really detectives? Detectives, twiggy says, sure, detectives.

Ginger has taken his phone out and is snapping pictures of the pages in the book. The Rubaiyat, an ancient Persian text, says kimono man, as he fixes another pipe, it was written about a thousand years ago. What’s in it? asks twiggy. Nothing, says kimono man. He thinks we’re such twats we can’t understand, says twiggy. Or that we’re too dense, says ginger.

What’s it like to have your whole life in the hands of two opium-puffing detectives, their dopamine-pumped pusher wearing a Hawaiian shirt and kimono, and a young girl licking the lid from a carton of vanilla ice cream? Everything I was, everything I am, the reason for my death, even my murderer’s name could be in that book, on one of those pages, and they’re sitting there sucking on a pipe and playing at who’s the biggest asshole. Why are the dead allowed to see all this when they’re already in hell? Why not oblivion, real oblivion?

Are you sure he’s dead? asks the man in the kimono. Who? ask the detectives. The numberless man. If he wasn’t dead before, Chef must have killed him. Who’s Chef? asks the man in the kimono. Dead, he’s dead all right, says ginger, his eyes lingering on the pipe for a minute. What happened to the elephants? he asks. What elephants? says twiggy. Right here where the baboons are, there used to be elephants, with the smoke turning into tits and asses. Twiggy shrugs.

You thought he was dead, kimono man continues, because that’s the most obvious thing to think when you find a corpse. We’re total morons, says ginger. There are many other ways to lose your soul, says kimono man. Tibetan monks don’t die for instance, says underwear girl, the body dies, but they go on meditating. Like yogurt says twiggy, yogurt, he says again, staring at ginger with eyes the size of pinholes. You think yogurt is dead but instead it’s full of bacteria. Bacteria, ginger repeats. Living bacteria, says twiggy, that keep moving around even after you’ve eaten them. Yogurt, ginger repeats. Yogurt, twiggy repeats. This final burst of brainpower must have exhausted him, because he lets out a deep breath and then falls back on the divan. His eyes droop shut and stay that way. Ginger looks at him as if he were expecting one last deep revelation, but no revelation comes. It’s late, says ginger, and he says it as if it were too late even to go back where they came from, so instead of getting up he slides down gently onto the ground. His body seems to spread out everywhere like an oil slick. From the floor, he slowly turns to look up at his partner on the divan, don’t forget to breathe, he says in a weak voice, then he too closes his eyes. Underwear girl picks up the book, pages through it, chooses a page and reads. Kimono man sticks a hand down the back of her underpants and listens.


Myself when young did eagerly frequent
Doctor and Saint, and heard great argument
About it and about: but evermore
Came out by the same door where in I went.

With them the seed of Wisdom did I sow,
And with mine own hand wrought to make it grow;
And this was all the Harvest that I reap'd—
"I came like Water, and like Wind I go."

Translated from the Italian by Johanna Bishop.

Alex Cecchetti was an artist, a poet and a choreographer. Difficult to classify, his work can be considered as the art of the unrepresentable. The artist died for the first time in 2014 for unknown reasons, though he continues to produce new works, present new performances and publish new poems. He exhibited internationally at Serralves Foundation, Porto; Serpentine Galleries, South London Galleries and Fiorucci Art Trust, London; Centre Pompidou, Jeu de Paume, 15eme Prix of the Foundation Ricard and Palais de Tokyo in Paris; MAXXI, Rome; and CAC Vilnius, Lithuania, among other venues. 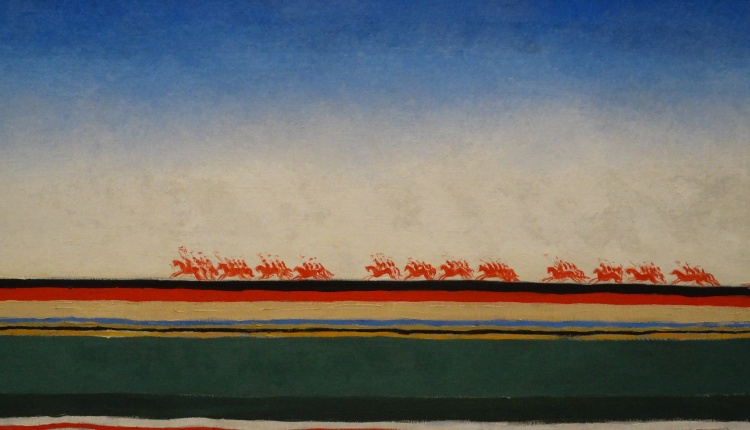 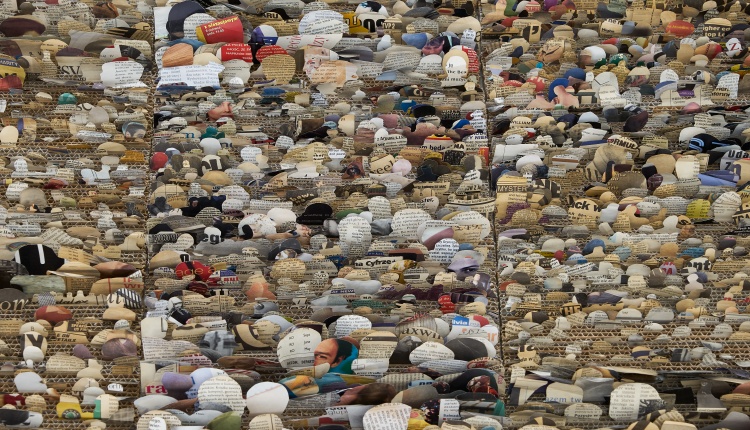