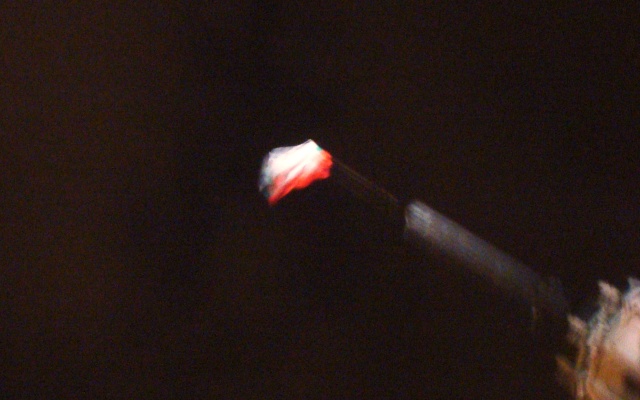 Poland has been one of my passions for forty years. Polishness, however, not so much. I have never been enthusiastic about defining a national identity, even less so when it involves looking for a false purity. I have always preferred those individuals who create and multiply the exchange of knowledge, mixes, discoveries, the blending of ethnicities, multiculturalism, cosmopolitanism, regardless of whether it concerns my country or another.

I am part of a generation that grew up in France in the revolting shadow of a cowardly “national revolution” of capitulators that delivered the Jews to the Nazis. I knew how much the “mission to civilize” of French colonization resulted in crimes against “savages” as they were then known, as well as in their humiliation, violent submission, and in massacres. I would say that loving my country and sharing in its past, morals and culture, while cultivating a friendship with another is for me the normal way to live in this world. It is more than a simple desire to travel or spend time abroad. It is a certain understanding: knowledge shared with Others and not only with Yourself.

Polish writers introduced me to Poland. Witold Gombrowicz, whose novel Pornografia I read at the age of 19, completely ignorant then of who the author was, left me in awe as I started reading his wonderful work Trans-Atlantyk, deemed incomprehensible to foreigners. I considered the book very clearly. In one of his prefaces, he himself asserted that this book was “a privateer smuggling a heavy load of dynamite, destined to blow up nationalist sentiments still active among us. It even includes an explicit proposal with regard to this sentiment: overcoming Polishness.” It is an attitude that has guided me.

Sometime later, an old lady of Jewish Polish origins, fed up with the identity-equation, so commonly encountered in France, which consisted in the association of Polish=anti-Semitic, asked me after I had returned from my visit to Gdańsk in the autumn of 1980: “What did you think of Poles?” I told her about the strike at the shipyard where I had spent a week. I told her about my enthusiasm and the new friendships that I had forged. Satisfied, she gave me a book by another “cosmopolitan” writer, Kazimierz Brandys, entitled Unreality. The book deciphers the double life of the Poles living in the “Polish unreality, within the realm of the national myth” and “not on the level of the reality of individuals and civilization.” Deep reflections in this author’s Diaries have accompanied me for a long time (as has the Journal by Gombrowicz). In them I have found a perspective which is worth reflecting upon nowadays, especially since a certain type of nationalism has regained strength in Poland. Brandys reveals to us the two faces of each event, with a visible and proud Poland, a true paragon, and a Poland turned upside down, that he perceived intimately, the image of which he conveys through memories and unexpected digressions. He deconstructs the myths with the use of irony, humor, sorrow, anger, and admiration. He breathes life into characters full of virtues and faults...

I have become acquainted with Poland and observed the country throughout its history. Poland relives its history the way lovers dwell on their first days. And Poland evokes its history over and over again. I have learned to suffer its obsessions and appreciate its writers, artists, cinema, and theatre. It is one of the large breeding grounds for critical art.

I am a French citizen without any Polish roots who bore witness to profound transformations and to many secrets being revealed. I remember the joy at the announcement of the Gdańsk Agreements, as well as the tears and candles in the streets after the assassination of Father Popiełuszko. I have seen crowds celebrating on the day Poland was accepted into the European Union, the prayers in the evening of the Pope’s death, or listening to Miles Davis on a beautiful day in 1983 at Palace of Culture and Science. I still recall the faces, voices, streets, the empty shops, long conversations, the night, the beauty and landscapes of winter. Early nightfall, the cold, the trees in the park whistling in the great wind.... the crazy drivers... my association with Poland is both physical and intellectual, even sensual, the years I spent in Warsaw made it my second home in the world. Your home which is also my home.

Because I like this home. Even if it annoys me. I like visiting it and I always leave with plans to return.

I have been able to learn the torments of Polish memories, tensions and moments of reconciliation. I have been surprised by the popularity of its Jewish past. I understood how the necessity of recognizing oneself in its history forges the present. After Germany and France, Poland is, without a doubt, the European country that has undertaken the greatest work on remembering its past with regard to this subject. Which, certainly does not make me blind to the stubbornness with which, here and there, old nationalistic and xenophobic anti-Semitic, anti-Russian or anti-German overtones persist. I remember a discussion with Feliks Tych, himself a survivor of the Shoah, about the title of my book devoted to the Polish-Jewish debate: The end of innocence. He suggested I place a question mark at the end. I did not, because I considered the great public controversies concerning the memories of the Jewish massacres in Jedwabne (1941) and Kielce (1946) as something apparent and obvious. The public and the authorities had acknowledged the complicity and responsibility of Poles in the process of the extermination of Polish Jews by the Nazis. I was not inferring, however, that everybody accepted this, and even less that this awareness was irreversible. We know very well that in this matter nothing is finished, it needs to always begin from scratch again, like a long litany it must constantly be repeated and re-examined.

There is no eternal Polishness. There is only a European nation and a people, who, like others, question their traditions, future, and insecurities. At these times, posing these questions is inevitable. Brandys described the Polish unreality as draped in national beliefs and with little concern for the world. However, the world around us is stirring. Our Europe is under threat. Believing that isolation will save us is as futile as protecting oneself with bed linen against a shower of bombs. The European Union, its knowledge exchanges and democratic transfers, hospitality and openness to Others are not simple rhetoric. In the West, our future has now become defined by the delusions of Trump, in the East by the ambitions of Putin, and in the South by the megalomania of Erdoğan. War, a natural form of nationalist passions, returned to our continent as recently as twenty-five years ago. It produced countless massacres and the genocide of Tutsis in Rwanda, it spread across the Mediterranean, it caused hundreds and thousands of deaths and displaced and expelled millions of people. With the terrorist attacks, it is now taking over the heart of Europe. Thinking that we will avoid catastrophe by constantly conjuring outside threats and conspiracies is at best naive, at worst suicidal.

Reactivating the past and conveying the lessons of history to young generations is the way. However, you must be careful not to become engulfed in a flood of commemorations, moralizing rituals and other cults of heroes. Behind these helpless carnivals there are often individuals who refuse to acknowledge the present, wishing to be legitimized by manipulating history. Why invent new martyrs, rituals, and shoddy identities? Gombrowicz mocked this when he listened to the speeches given by the Polish Legation in Argentina: “The Courage, sense of Honor, Fighting Spirit, as well as the Unique Virtue, the Holy, Unshakeable Faith, the Holy Supreme Power, the Holy Miracles, which our nation is made up of.” The capital letters were inserted by the author! In all our countries, the identity (Polishness) has been conjured up by demagogues in power (or not) to lull people's consciences.

This feeds fear. Everyone feels that the world is on a strange course, that our way of life, peaceful and open, is under threat. Then, the actors shaping a discourse dominated by xenophobia or decay in the media designate the foreigner as a scapegoat who has come to pollute our beautiful Christian civilization!

All of it is nonsense. The concern of populations facing “an invasion of migrants” needs to be turned around. Hospitality is the fundamental duty we owe others as part of our humanity. Fear, however, marks a lack of confidence in oneself. It can only lead to the worst. Those, who collaborated with the Nazis during the war were afraid, informers in communist times were afraid. The resistance movement that fought for our freedom and democracy overcame their fears. They found the courage and confidence to resist and to fight.

Throughout my journeys and stays in Poland I have met men and women of this kind. Always calm and inventive, some have become my friends. And I always think of them when someone asks me why I am attached to this country. For me, overcoming Polishness is being with these people again, along with their writings, stories, and universality.

Translated from the French by Natalia Kreczmar