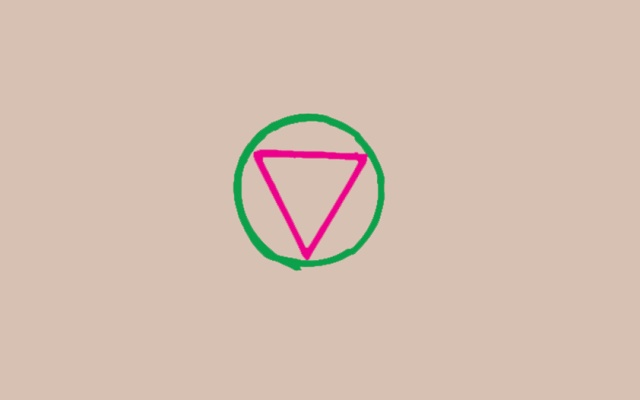 A Poem to the Nationalist Marcher 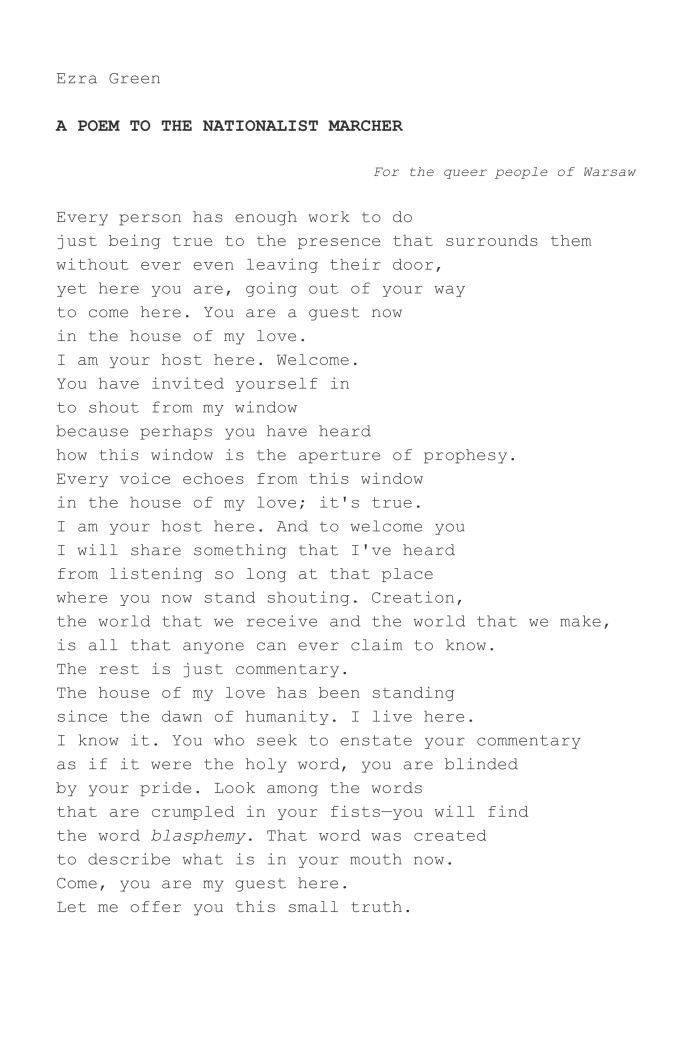 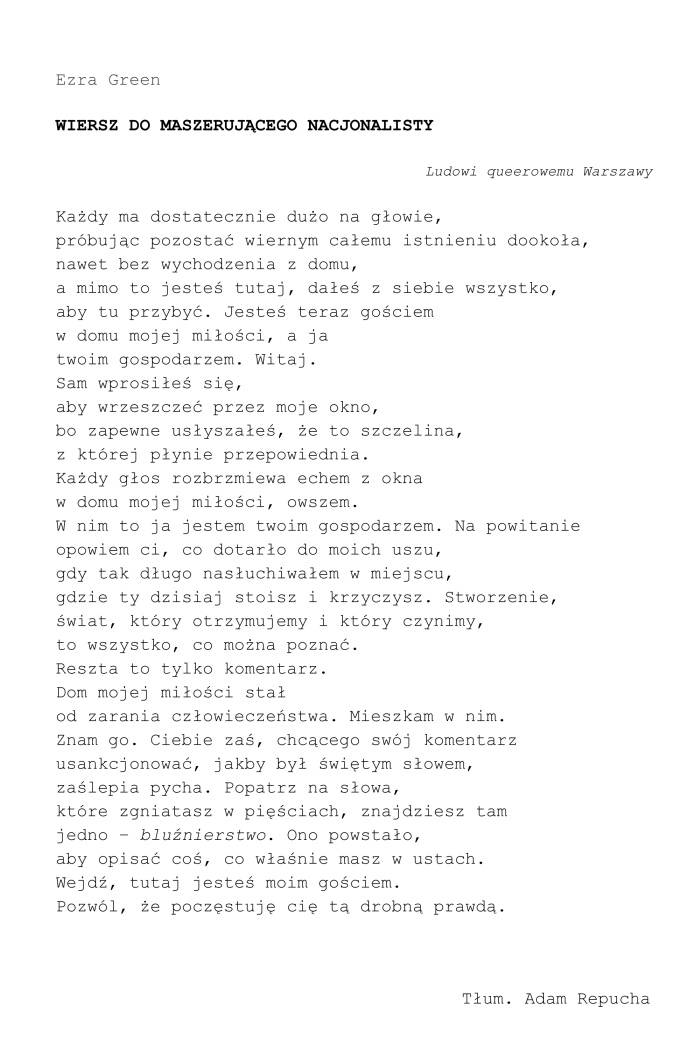 Ezra Green is a poet and a queer poet and thread poet and an expatriate poet born in New York and a nobody poet. Ezra Green has become a skeleton to identify with his dead heroes and has become a rock to gather the warmth of the light of the living. Ezra Green is a folded faith that tries to unfold into this world and wants that unfolding to be for you. Ezra Green’s books include Book of Threads, Chinatown Rooftop Poems, 57 Masks to Wear in the Other World, and 13 Warsaw Poems (all published by Kopierladen Press). If Ezra Green were a person, he would have been living in Berlin since 2005.

Kem is an artist-run project space for choreographic and performative practices. Founded in 2016 it has hosted residencies and public events that include performances, lectures, talks, workshops, work-in-progress showings, and queer parties. Kem is a site both for local and international visiting artists who research embodiment, affect, new subjectivities, and their stagings. Foundational and fundamental to the organisation and outcome of Kem’s programme and events is a queer-feminist politics. The ethos and ambition of Kem is to house artistic experimentation that works with political and affective urgencies.